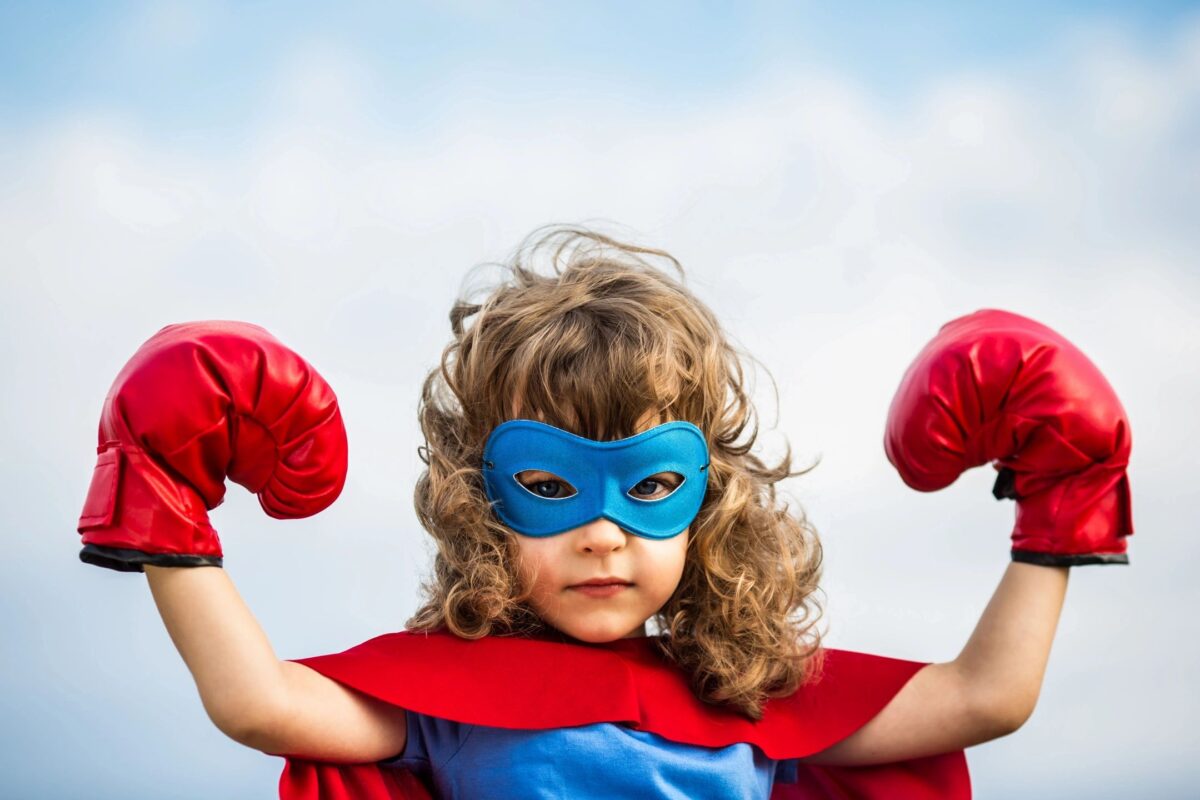 by Kirsten Lamb
in Blog&News
Comments

Albert Einstein said, “Imagination is more important than knowledge,” but according to something called the Batman Effect, the two might just work hand-in-hand to promote long-term success and perseverance.

Children ages 4-6 in a study performed a task on the computer, with the option of playing a game on an iPad when they got bored. In the study, children who dressed up as superheroes and identified themselves as their hard-working superhero performed better than children who just thought of themselves in the third person or the control group.

“Children who were asked to reflect on the task as if they were another person were less likely to indulge in immediate gratification and more likely to work toward a relatively long-term goal,” the authors wrote in the study called “The “Batman Effect”: Improving Perseverance in Young Children,” published in Child Development.

What magical powers do the superheroes hold? One theory is that the children identified positive traits in the superhero and wanted to imitate them. Another idea is that by dressing up, the children separated themselves from the temptation of playing on the iPad. Either way, it’s worth a try.

Here are a few tips to harness these findings and help your child to reach their superhero-sized potential:

Before a challenging test or assignment, encourage your child to imagine himself as his favorite superhero. Talk about that superhero’s intelligence, strength, and fortitude. Help him imagine himself with those superhuman traits. While wearing a costume to school won’t fly, buy a special Spiderman pencil or attach an inspiring keychain to their backpack to remind them.

Let playtime overlap with chores or work. If your child has a favorite costume, like a princess dress, for example, let her clean her room in her full princess garb. You can change the discussion of what it means to be a princess. Royalty must work hard, take care of the people (or toys) in their care, and act with kindness and fairness.

When challenges arise, help your children call upon the strengths of their favorite superheroes. Think: getting a cast, enduring a long and boring car ride, or even eating the last of their despised peas. These situations can become a fun obstacle to tackle if they’re imagining themselves as Spiderman or Wonder Woman. Integrating imagination while focusing on positivity and perseverance is a skill beneficial to children and adults alike!

If you’re looking for a school that promotes long-term success and perseverance in creative and unusual ways, check us out. Self Development Academy is a K-8 nationally awarded charter school of excellence with an advanced learning curriculum.  In addition to online learning, we have campuses in Phoenix and Mesa. If you are interested in our schools, contact us at (480) 641-2640 or (602) 274-1910 to get more information. We would love to have you!